My path of breaking the rules and challenging status quo.

Some Notes Worth Keeping

I don't know why, but I have always challenged status quo. Many call it breaking the rules, but I don't see it that way. I mean, don't get me wrong. Rules and status quo have their place. Many people put their mind on cruise control and want to just know "how to do it". I'm really not mocking them (as much as it may seem). I mean, if everybody broke the rules and challenged status quo we would have anarchy, chaos and even backwards progression. But in order to progress -- to move forward -- the world needs a few to challenge status quo once in a while (ok, often).

Here is one seemingly trivial and one not so trivial example from memory (while iphone thumbing this on a plane):

While at Purdue, I was told I couldn't simultaneously get a Mechanical Engineering Bachelors of Science and a Business Minor. They said the courses didn't line up to allow it to happen. I asked if they had tried to make it work and the answer was "no, but we don't believe it can be done and don't recommend it" and followed it up with "do you know that Freshman year Engineering at Purdue is a weed out year? Less than 50% are still even in the Engineering Program at the end of the year". I don't think they appreciated me saying "well, then my dual focus on business might be a good fallback if I'm part of that 50% who don't make it!"  The middle of my sophomore year I was again summoned to review the courses I was selecting. They said "you aren't following our recommended curriculum and we are concerned you won't graduate on time". I asked if it was required to follow it, and they said "no, but it's the best way to go and everybody follows it" (my first clue I should be doing something different). I thanked them for their time and left --continuing to research the required courses for my desired dual degrees and their prerequisites. My junior year I was yet again called in. They said "it looks like you aren't following the recommended curriculum and we don't think you will graduate on time". I said "you are correct and on both accounts. I've figured out how to take all of the required courses, out of order from your recommendations, and finish 1 semester late with both a BSME and minor in business". They said "do you know that we won't issue you a minor in Business because you are officially enrolled in the school of science?"  I said "no, but what is a piece of paper worth anyways?  I will have completed the education and will take the knowledge with me". They cocked their heads, then shook them, as I walked out. You see, I believe it's important you understand "why" you want something before you determine "what" path to take. In this case, I wanted a business and engineering education simultaneously because I felt it would move me closer to my goals, faster. And so I did and against the status quo.

Another example of challenging status quo came a few years later while working at Procter and Gamble. Against most odds, I was able to land a job just out of college at P&G (maybe it had something to do with my dual science degree and business education?!?!). But after 3 1/2 years, I had decided that it was time to move on. While this may seem somewhat natural today, let me give you some context for why it was not in this case. First, in the mid 1990s it still wasn't typical to move around every 2-4 years. In fact, many people who worked at P&G had been there for 20 and even up to 40 years. At that time Procter had NEVER had a RIF or layoff. Correct, never. Further, I was identified as a Proctor "fast tracker". I had been working with my VP to move from the engineering department (as a Program Manager) into Brand (a P&G Brand Manager was one of the most highly coveted jobs in the world). But in 1997 I was inspired by the dotCom Internet revolution. And further I was inspired by the new publication Fast Company. Tom Peters had just published an article called "Brand called YOU" in Fast company (if you haven't listened to or read Tom's work, you are depriving yourself of inspirational creative genius) . While I can't do it justice here, It basically said that you are responsible for your own Brand. So I decided to take control of the Brand called Richard Hearn. Inspired, I wrote a note to Fast Company explaining how I was moved by Tom's article and that I had decided to break from status quo (working for a premier Fortune 500 company) and start my own business at 24 (again very uncommon at that time). Further, I would be starting it in the Internet space (my joke was that I couldn't spell NT, IT or SQL -- and it had the added benefit of being truthful. I couldn't write a line of code to save my life. Nor had I ever done anything in the technology space). So, I resigned and began looking for a role in technology (yes, I resigned and then looked for a role -- also not following typical status quo). I still remember the meeting with 6 Directors and VPs from P&G where they said I'm making a grave mistake. All I had to do was stay at P&G for the next 35-40 years and I would retire with $3-$4 million in retirement savings. And further, "nobody quits Procter". I thanked them for their advice and graciously declined to stay. When I told them I didn't have another job yet, they just shook their head in amazement. Not long after that, I got a call from one of the VPs that was sponsoring my move to Brand Management and she expressed her displeasure with the printing of my note by Fast Company. While I don't recall the entire note, I do distinctly remember Bernice saying she was displeased with me saying that "I wasn't following the sheep at Procter anymore". I've never followed up in public my thanks to P&G for everything they taught me. My years there were some of my most formidable and defining early years -- in many many ways. Thank you P&G (and Bernice and George) for the path you helped me find.

I have many more examples of these. All with the same overtone. Think through what you want and why you want it. And then architect your own path to get there. Don't listen to the pundits or the naysayers. To quote Will Smith in the movie Pursuit of Happiness talking to his son: "when they say it can't be done what they are really saying, son, is that THEY can't do it".

I'll leave you with one final quote. I believe it was from Einstein and I'm not even sure I have the quote exactly right but certainly the gist of it.  "By definition, all progress is made by the irrational person." Status quo means "the existing state of affairs". To be sure, following this advice in isolation might get you into a little trouble and requires a few other inherent principles which probably will be the topic for another blog post. One such example, to quote Winston Churchill, "Never give up. Never. Never. Never". 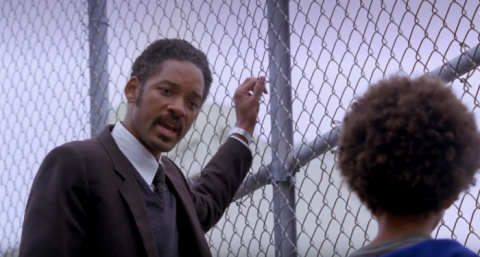 The best startup I found. IBM?!
My path of breaking the rules and challenging status quo.
I've fallen in love...
Walt Disney Delivers a Doh & a Smile