Hi, my name is Richard Hearn.

Professionally, you can get to know me here: https://www.linkedin.com/in/richardhearn2. But there’s a lot more to me than a professional profile. This site is dedicated to the thoughts I have on a daily basis. I hope you enjoy and maybe even come away with a little something for yourself.

Click below to see what else I’ve been up to.

The best startup I found. IBM?!

I woke up this morning to this text from a friend and business leader in the Commerce space: “IBM?”  My response was simple: “... 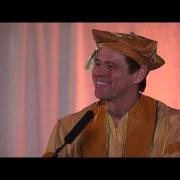 Over the course of the last 6 months I sold Crown to Razorfish and have focused 100% on ensuring it's success into the future with the new mothership.  As a result I've neglected this blog and...

We absolutely ROCKED IT in SLC

Capping off a stellar week in Salt Lake City for Adobe Summit 2014, Crown absolutely ROCKED IT at the After Dark Depot.  We sponsor this karaoke event every year and this year topped the past....

My path of breaking the rules and challenging status quo.

I don't know why, but I have always challenged status quo. Many call it breaking the rules, but I don't see it that way. I mean, don't get me wrong. Rules and status quo have their place. ...

Yes, "The future belongs to those who believe in the beauty of their dreams," in the words of Eleanor Roosevelt. Dreams enable us to imagine what could be possible without any limitations or...

My Parental Struggle & The Challenge to my Kids

Recently, we took our kids Grant and Lauren to Guatemala. We funded the building of a school with PoP and were going to see the project. They would see real poverty up close for the first time and... 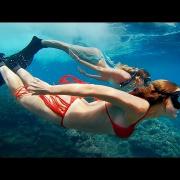 My new favorite company is GoPro.  I like everything they stand for.  I was mesmerized by this video in the stores in Maui.  I'm on a mission to do everything in it...

Here is a picture of my father, Steve Hearn, recieving the highest award of the American PowerBoat Association (APBA).  My brother Ed and I are presenting it to him.  It is called the...

So proud of my son, Grant, for making it into the Hall of Champions again.  That's twice in 3 years.  I've raced for nearly 30 years and only made it once.  Congratulations, Grant! 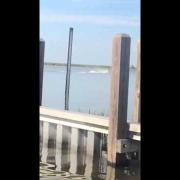 Every spring my family goes down to Florida to test our racing boats for the upcoming season. (I work for fun and race for a living!) The crew that goes spans three generations of the Hearn family.... 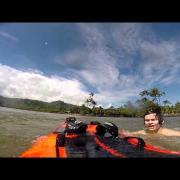 I had one of my favorite trips to Hawaii this year.  If you have never dowloaded and browsed the App "Uncrate" you should.  It is a curated site for all the coolest shtuff either out, or...

Hi. I'm Richard. The sixth generation of five generations of midwestern farmers. My grandfather first broke away from farming and was a used car salesman. He had two sons, one of which went back into farming and my father who went to college to get a law degree. Just after college, Dad met Mom who grew up largely without parents and eventually ended up living with her great Aunt Elizabeth. Mom and Dad never had lots of money with his public serving job as a prosecutor in our small hometown in N Indiana, but afforded his three kids a college education. I'm the middle of the three and have all the characteristics that define "the middle child". Ignored, attention deficit and the need to prove yourself. I'm on a journey to achieve my dreams. I ultimately want to build something great. Something bigger than me, that is relevant. Relevant is ever elusive so far (and largely self defined), but it drives me to do more, do better and ultimately to move mountains.